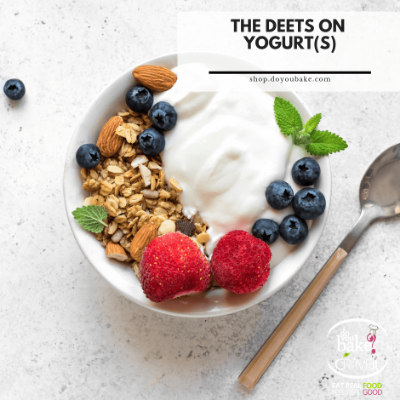 So many yogurt options hitting store shelves, but what's the difference? From Greek Yogurt to Icelandice. From French to Australian, store shelves are abound with these foreign cultures and we've got it all broken down for you below

The original of yogurt emigrants!  Showing up in the late 90's, taking off in mainstream eats only five years ago.   It's regular ol yogurt that has gone through an extra straining process.  Greek yogurt, because of the extra strain process has much less water (the whey byproduct) and the standard store shelve variety.  It also has a ton less sugar and a bunch more protein.  Thicker in texture too!

But be careful! Smart marketing abound, companies today, knowing consumers are gravitating towards more healthy-stuffs, are also creating "greek style" yogurt varieies by adding in extra dairy protein instead of sticking to the standard straining system and process.  So be sure to get the real stuff and look for the words "STRAINED" on the container

Woo if you love the thick yogurts found in Greek Yogurt, you'll LOVE this variety. Even thicker than Greek, the Icelandic treat known as "Skyr" (pronounced SKEER) is strained even more, producing a richer and thicker spoonful.  Between extra straining and a different bacteria culture, this may be a thicker variety but is also known to be much less tart than it's Greek counterpart

A velvety whole milk yogurt.  Not strained but slow cooked and sweetened, often with honey for a dessert like silky creamy decadence

Oui! Oui! Look in the refigerator dairy section for these glass-jar filled beauties.  Whle milk cultured yogurt with a pot-set method (small batch processing, rather than large big ol vat processing).  8 Hours and a labor of love will make this french variety of yogurt stand out in your palate among the others. 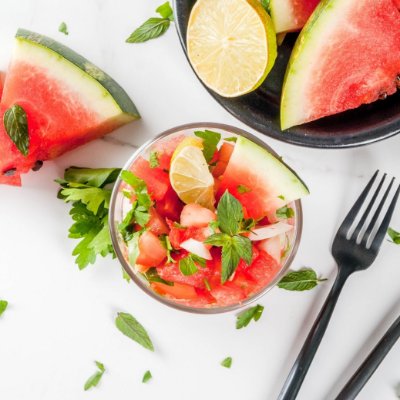 Basically the most refreshing, delicious summer salsa ever!

I mean, really, it’s pretty impossible to go wrong with anything involving mint and watermelon in my book.  But once you add in some sweet red onion, spicy jalapeno (as much as you’d like), fresh cilantro, and a juicy lime….

It’s just the right mix of sweet and savory, it has however much kick you’d like from the jalapeno, the herbs and lime juice give it the perfectly light and fresh taste of summer, and — best part! — the fresh watermelon makes every bite extra deliciously juicy and refreshing.

Toass all ingredients together until combined. Serve immediately or cover and refrigerate. 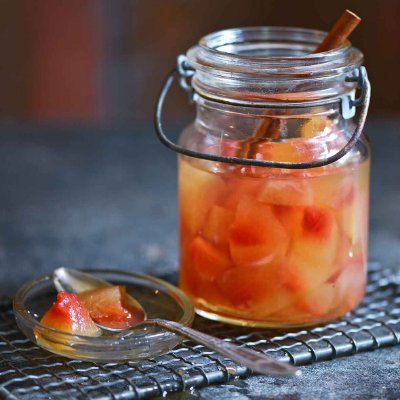 This summer, we're gorging ourselves with absurd amounts of ripe watermelon. But why throw out the rind when you can pickle it for later? Sweet and syrupy with a tang that makes all things pickled worth doing, watermelon rind pickles are an old-timey tradition in the South.